Hello! You know, I could do with a good cup of tea. Could you please make me one? Don't worry, I'll guide you through it!

Move with WASD.
Look with the mouse.
Interact with left click.

If it doesn't load in web then there is a Windows download!

Had fun playing this game. It's neat! Made a whole video out of it. Please check out my Channel: VladMan, Thank you!

I see that Psychonauts reference

Hi! I recorded your game and it was my fav out of the 3 i played go check it out its funny i think XD

I liked the endin

The game was really fun! It was an interesting experience where things were normal at first and then got twisted as things went along, and your guys' take on it was really good. You made a very bright and colourful game into a P.T. like game, and a good one, which is really commendable! I think it was just me, but the music goes slightly off tune as you progress through the tea making levels. If it actually does, then hats of to you, it really freaked me out.

The whole game was really fun; everything starts normal and then goes weird. I mean, you literally put a dog into a cup of tea. And then you use stock images as the objects which I think is a nice touch and was pretty funny in my opinion. The artist did a good job and made everything seem like something was about to go wrong.

And now the only thing I would suggest is pertaining to the previous point. While it did seem that something might go wrong... Nothing ever did. There were a little sinister and ominous parts; the dog, shards of glass, tea dumped on the ground, fridge on the ceiling, etc. But I felt like it could have been more ominous. More darker. By making it seem like something was going really wrong and becoming worse. The ending I think was good, and you could have still fitted it into the whole theme even if you went super dark and horror-y as a troll ending or something. But putting a dog or shards of glass into the tea was pretty spooky, but then nothing more sinister happens after that? So yeah, maybe a darker story in the background or something to explain the things that are going wrong might have made the game more whole.

But that is just me and I probably missed the message of the game, or looking too much into it.

Other than all that, I thought it was genuinely a great game! It was really fun to play through and see what is coming next. The art was really good and matched the tone of the game and the ending was really funny! Good luck on your future projects and updates to this game if you do!!

This was like P.T. with tea. P.Tea if you will.

I'd rather play Silent Hill or Outlast than play that thing

i am the milk man my milk is delicious

What did I just witness.

I really enjoyed this! Did a let's play of it!

Oh my god I'm so sorry you had to suffer the mouse-detatching-from-game glitch, it happens the second you ESC out of the game, I fixed it in the update but thank you for playing anyway...

What is this game

Start a chain below

I played through the whole thing... I don't get it. But I was curious enough to play the entire game, gg

WHEN THE DOG STARTED TO RUN AROUND I GOT SO SCARED

Okay I played through and I like the ending.

That was a joy to play!

He can eat sugar with both hands!

Loved it, my playthrough starts at 5:47

Funny and creative.  I love it

The man begins to rumble.

Can you make an offline version for windows?

that was the coolest game i've played in 5000 years

After Loading it says call_indirect to a null table entry (evaluating ‘Module[“asm”][“Gi”].apply(null,arguments)’)

On Safari on a Mac

i have a mac too ! i suggest trying it on a different browser, like chrome :D

this is a MASTERPIECE

Oh man, I didn't know where this was going. I thought it was going in a different direction.

What a ride. Nice work! 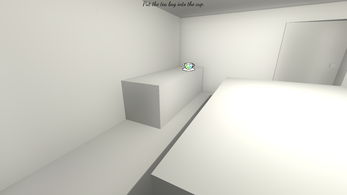 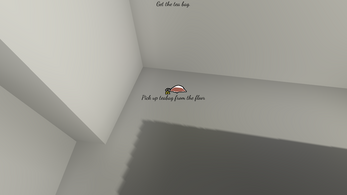 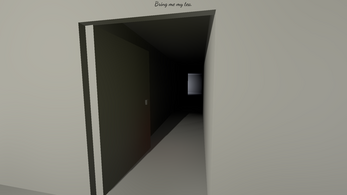